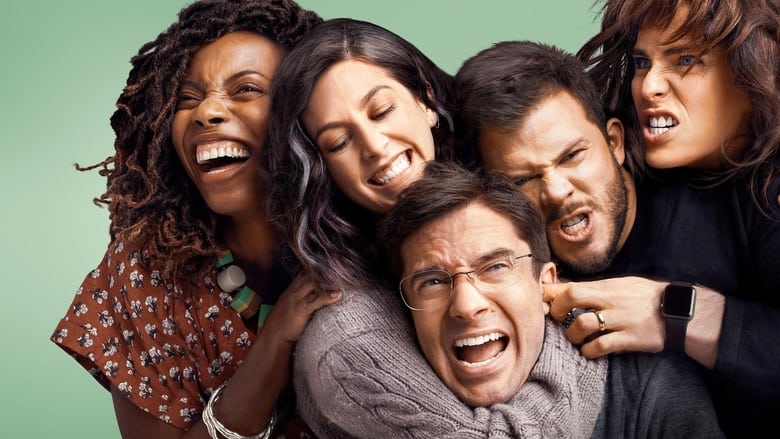 Sitcoms where a genius storyline combines present entertaining audio-visual content, are loved by everyone. A story that not only hooks up the audience but also celebrates the characters in the most humorous way possible. Home Economics is one such American series where humour combined with drama is presented beautifully on screen. It talks about the issues of three siblings while being close to each other. The adult siblings somehow manage their relationships to flourish and remain alive in between the frustrations of life.

Created by Michael Colton and John Aboud, Home Economics is a sitcom that stars the following-

The storyline of Home Economics revolves around three adult siblings and their adventures towards keeping their relationship safe and loving throughout. It is a heartwarming storyline with a blend of humour where viewers often find themselves relating to the content. Fans and followers have admired the plot and some of them even went ahead to tell that they feel the writer has written their story. Originally written by the creators themselves, the show has two seasons with 29 episodes of all. It is produced by Jess Pineda and Kevin C. Slattery whereas executively produced by Dean Holland, Topher Grace, Eric Tannenbaum and several others. The editors of the series include Omar Hassan, Andy Morrish, Scott Ashby, Dan Riddle and Ryan Johnson.

Season one had seven episodes while season two had 22 episodes. They were titled as Pilot, Mermaid Taffeta Wedding Dress, $1,999, Bounce House Rental, $250 and others respectively.

According to several news reports, Home Economics Season 3 might be released on 21 September 2022. It is quite interesting to see the link between the dates of the release as it has almost a similar date to the previous season. This can make it easier next time for the fans to wonder and assume.

As the storyline of Home Economics carries a number of lead protagonists, it is very likely to assume that they will return this time as well. The primary cast of the show will not be replaced but there can be new appearances. Roles that have important stories to combine with the main plot, will return this time.

The trailer of Home Economics Season 3 was released on September 7, 2022. It is not an official or complete trailer but rather a short teasing clip that shows a few moments of season 3.

The above article elaborates upon the latest news regarding Home Economics Season 3. It shares details like the overview of the Home Economics series till now and what can be seen ahead. It also brings to light that season 3 is just a few days far from the launch now and fans will receive a retreat soon. It has a trailer, release date and other details in it. Lastly, the article concludes with specific details and information.